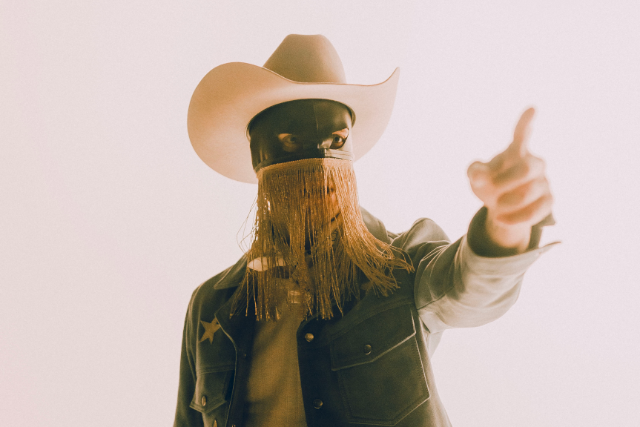 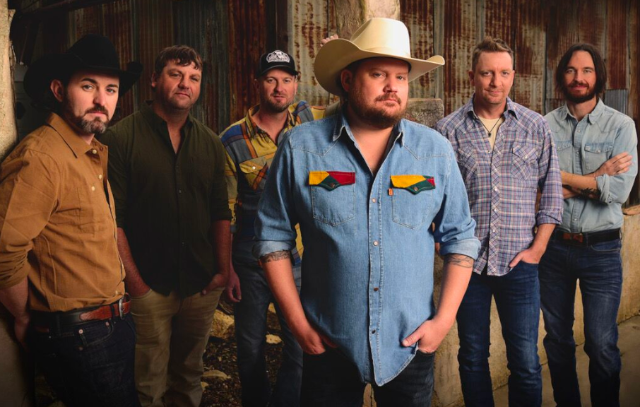 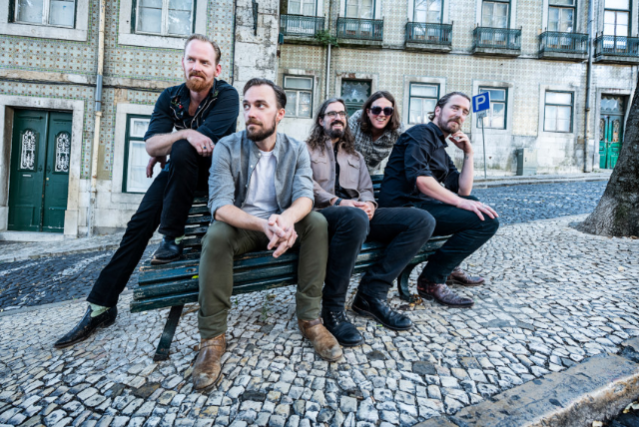 His handmade, fringed masks, which obscure his features except for a pair of ice blue eyes, belie his deeply personal lyrics, while his ornate Nudie suits recall the golden age of country.

Since the March 2019 release of his debut album, Pony, on Sub Pop Records, the enigmatic singer-songwriter has been featured on NPR and in Billboard, The New Yorker, Rolling Stone, The Los Angeles Times, Uncut, The Fader, The Bluegrass Situation, and Vogue.

The record, which Peck self-produced, draws from country music’s rich traditions, while his unique and haunting baritone weaves through twelve original songs.

As a touring musician who has lived on three continents, the nomadic and solitary lifestyle of the cowboy is one that Peck embraces. ”This town has always bored me / And baby, that’s including you,” he snarls on “Take You Back (The Iron Hoof Cattle Call)."

The songs of Pony, filled with heartaches, hustlers, and highways, are scenes pulled from that restless life.

Steel guitar and soaring falsetto bring an austere desert landscape and lost love to life on album opener ”Dead of Night.” Over gentle banjo, he details tumultuous relationships with a biker, a boxer, and a jailer on “Big Sky.”

Throughout Pony, Peck puts his own spin on Country & Western tropes, singing over cracking whips and even letting out a “yeehaw” on “Turn to Hate.” “Old River” is reminiscent of Marty Robbins’ landmark 1959 LP Gunfighter Ballads and Trail Songs, and “Roses Are Falling” features a recitation—a once-popular part of country music that’s largely fallen out of fashion over the decades—that would make Hank Williams’ alter ego Luke the Drifter proud. On “Queen of the Rodeo,” he tells the story of a drag queen. The album’s lone nonautobiographical song, the foreboding “Kansas (Remembers Me Now),” is a tale of two doomed outlaws on the run.

Peck’s masks and theatric stage presence immediately grab audience attention, similar to the way Dolly Parton and Johnny Cash’s larger-than-life images captured him as a young man. However, it’s his voice and his songwriting, influenced by Parton, Loretta Lynn, Townes Van Zandt, and Gram Parsons, that have captivated a fan base as extensive and diverse as his musical tastes.

Citing artists from Ernest Tubb (the first country artist to use an electric guitar at the Grand Ole Opry) to Kacey Musgraves, Peck says, ”Every decade or so, there comes a new batch of artists that shake up the question of ‘what is country?’

“I’m in the middle of that more often than not these days. I kind of like it, because I think I’m in good company.”
Ruen Brothers

Whether it’s their collaboration with the legendary producer Rick Rubin, kudos from the likes of Zane Lowe and the BBC, or a string of memorable performances from the hills of Glastonbury tothe deserts of Coachella, multi-instrumentalist and songwriter siblings Henry and Rupert Stansall, known by their amalgam-created moniker Ruen Brothers, are making a mark with a throwback rock and roll sound that intersects the early days of the genre with a dynamic present day act.

The two have gone from sleepy English steel town obscurity to craft-smiths ready to make a global impact. Inspired by their music aficionado father who raised the duo on a steady diet of The Rolling Stones and The Everly Brothers, the two would rehearse in the family kitchen while scrounging for gigs in their blue-collar hometown of Scunthorpe, England. Laughs Rupert, “We’d walk into pubs and clubs as kids and ask the owner if we could play something for the local drunks at 2pm.” It wasn’t until a move to London and the success of their track “Aces,” a song recorded in their studio apartment, that the boys from Scunthorpe went from pub performers to BBC radio staples.

The brothers quickly collected a global audience of fans, none more influential than iconic producer Rick Rubin, who quickly recognized their talent and promptly took the brothers under his wing. “I liked that their songwriting seemed like it was from another era,” explains Rubin. “It’s making something new again with these traditional influences.” Henry adds, “The album was recorded using all real instruments and a live band, resulting in a different sound than what’s present in much of today’s popular music.” Adds Rupert of the collaboration, “It was incredibly exciting - he’s worked with some of our favorite artists of all time and is such a versatile producer. He helped us recognize the strength of Henry and I playing and singing together; it was a foundation to build upon and the guidance we needed.” The brothers’ artistic background and pedigree come into full focus on their debut studio album ALL MY SHADES OF BLUE (out 6/01 via Ramseur), produced by Rubin and featuring Henry on acoustic guitar and Rupert on electric and acoustic guitar, harmonica, and bass. The album also includes the talents of such boldface names as Chad Smith of the Red Hot Chili Peppers on drums, along with The Killers’ Dave Keuning on strings and Faces and Small Faces legend Ian McLagan on keyboards. The record features both music and lyrics written by the boys throughout their improbable journey. Says Rupert, speaking about both the album and the duo’s entire career, “We’re very lucky in the sense that we’ve been able to do whatever we’ve wanted musically and had it all recorded to the best quality with the best musicians and collaborators. In today’s industry, you don’t usually get that freedom. If nothing else, we’re making the music we want to make and that’s enough for me. Hopefully people will appreciate and enjoy it as much as we do.”